In the winter of 2015, a group of residents in Golden Valley, MN, came together to plan the first Pride Festival in a suburban Minnesota City. With more LGBTQ households per capita than any other city in Minnesota, it was fitting that they have their own annual Pride Festival.

Planet Claire was selected to create the branding for the event as well related web and print ads and signage.

We came up with several iterations of the logo, with the organizing commitee ultimately choosing a colorful version that incorporated the traditional colors of the rainbow flag and a graphic element that was a nod to the city’s official logo. 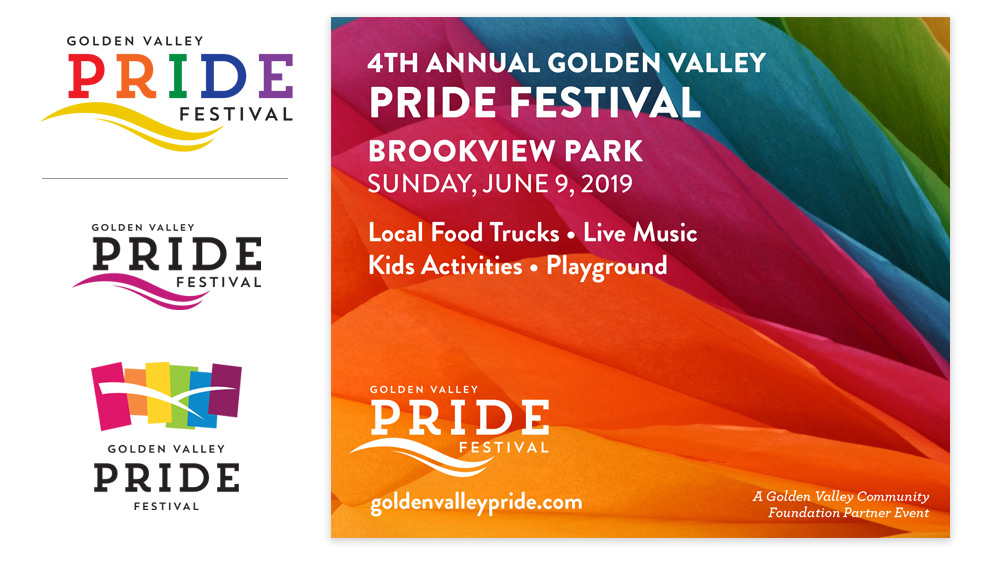