The American Jewish World has been publishing for over 100 years and has served as an important news resource for the Jewish community. The Jewish World unites the main Jewish communities in St. Paul and Minneapolis, as well as those in Duluth, Rochester and smaller cities, and bridges the divides between the various Jewish religious streams.

Unfortunately for AJW, their existing website was pulled down by their hosting company, which claimed the site had been infected. The host then changed their domain, imported all content into a new template, and launched that site. When we stepped in, we immediately moved hosting companies and restored the original domain name.

The previous site was structured primarily as a blog. For the new layout, we took all the existing articles and re-categorized each one to make it easier for readers to find relevant content. We then used a format that more closely resembled a magazine/news site. 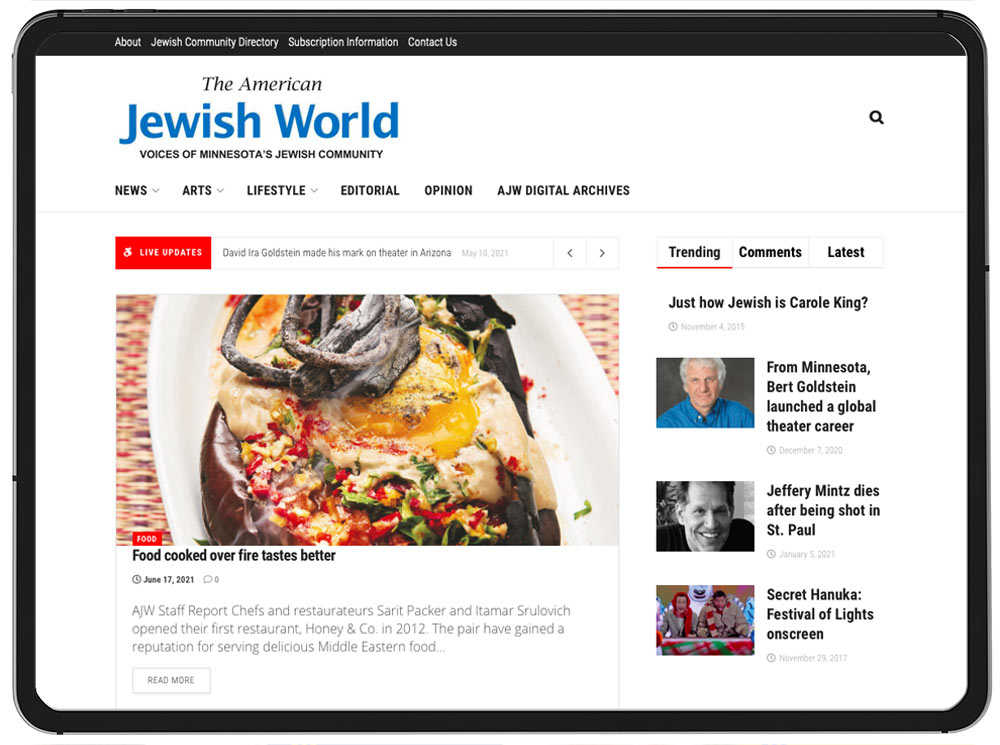